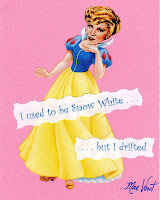 MAE WEST said:  “I used to be Snow White, but I drifted.”
• • Kristen Stewart, eat your heart out.
• • On Wednesday, 30 June 1937 • •
• • It was 75 years ago. Hollywood beckoned to picture-goers all over the globe to leave their troubles at the ticket booth.
• • And Mae West was doing her part in Singapore to keep an English-speaking audience entertained on Wednesday evening, 30 June 1937.  Readers of The Straits Times read a positive review of the new Mae West motion picture "Go West Young Man" (on page 12) — — with Warren William and Lyle Talbot, then booked at Pavilion Theatre — — the two showtimes were 6:15 pm and 9:15 pm. The main feature was screened with a supporting program: a film showing snow sports by Grantland Rice, a musical interlude, and a Popeye cartoon.
• • "Mae West Comes East to Singapore" • •
• • "Bright Dialogue at The Pavilion" • •
• • The Straits Times wrote: With typically robust humour, Mae West returns with curves and wisecracks... the film is mainly notable for its crisp dialogue....
• • Don De Leo [30 June 1904 — 14 August 1979] • •
• • Mae West was surrounded by a large cast when she starred in "Catherine Was Great," which opened at the Shubert Theatre in August 1944. When Don De Leo was offered the role of Ambassador Murad Pasha, it was the 40-year-old actor's first time on Broadway. After that show, he was seen as Jerry Bonanza in "Billion Dollar Baby" and in "Don't Drink the Water" among other productions.
• • Born in the month of June — — on 30 June 1904 — — Italian American actor Don De Leo typically was cast in ethnic roles. In his first motion picture "Lying Lips" [1939] he played Farina, a brutish Italian American club owner. In his final film, "The Incident" [1967] he played a father, Mr. Carmatti. After being involved with 14 productions on the big screen and on TV, De Leo concluded his professional career as a standby in the long-running comedy "Don't Drink the Water" written by Woody Allen and produced by David Merrick.
• • Don De Leo died in New York City on 14 August 1979. He was 75.
• • In June 1932 • •
• • An "Impossible Interview" between Queen Marie of Romania and Mae West was printed in Vanity Fair's issue dated for June 1932.
• • In June 1973 • •
• • Mae West was the cover girl for Hollywood Studio Magazine's issue dated for June 1973.
• • On Sunday, 30 June 1935 • •
• • Frank Wallace was quite a talker when a news man was present.  He told the New York American that Timony began living with Mae West and one day he pulled over in a "fine, big automobile" with Mae inside, happily wrapped up in a fur coat.  "He said I ought to realize my marriage to Mae was a fizzle and that she could not afford to be married because there was a future waiting for her in show business."  The paper ran a long interview with the washed-up vaudevillian in their issue dated for Sunday, 30 June 1935.
• • In Her Own Words • •
• • Mae West said: "I used to be Snow White, but I drifted."
• • Quote, Unquote • •
• • An article about sex lives in Hollywood mentioned Mae West.
• • Nick Gillespie wrote: In the grand, effluvia-soaked tradition of Hollywood Babylon, a new memoir from sexual networker Scotty Bowers lets it all hang out when it comes to exposing screen giants’ erotic excesses. Like MGM in its heyday, "Full Service: My Adventures in Hollywood and the Secret Sex Lives of the Stars" (Grove) has more stars than there are in heaven. From silent-screen royalty such as Gloria Swanson and Ramon Novarro to classy Brits such as Cary Grant and Elsa Lanchester to American legends such as Mae West and Rock Hudson, Bowers dishes long and hard on just who preferred what kind of sex, how often, and with what sort of partner(s). ...
• • Source: Article: "The Freaky Fetishes of Golden Age Hollywood" written by Nick Gillespie for Reason Magazine; posted on 29 June 2012
• • By the Numbers • •
• • The Mae West Blog was started seven years ago in July 2004. You are reading the 2348th blog post. Unlike many blogs, which draw upon reprinted content from a newspaper or a magazine and/ or summaries, links, or photos, the mainstay of this blog is its fresh material focused on the life and career of Mae West, herself an American original.
• • Come up and see Mae every day online: http://MaeWest.blogspot.com/
________
Source:http://maewest.blogspot.com/atom.xml

Movie Queen MAE WEST made the Brooklyn accent well-known worldwide. Due to the influx of immigrants to this borough, however, the local accent is an endangered hallmark, according to broadcast legend Joe Franklin, who claims he hears the native New York speech pattern far less frequently. "It is imperiled," adds Franklin, with a nostalgic intake of breath. "It's disappearing like all the other great things that New York was once known for — —  like vaudeville and home delivery of seltzer."
• • Yes, it's vanishing faster than proofreaders.
• • Rick Karr Is Misinformed about Greenpoint and Mae West • •
• • Oh, where have all the fact checkers gone?  Since out-of-town journalists seem to believe whatever you tell them about NYC (as long as you say you lived there), let's set the record straight.
• • NOT: Mae West was not born in Woodhaven, Queens, NY.  When she was an adult, however, her family lived on Boyd Avenue for awhile.
• • NOT: Mae West was not born in Williamsburg at  96 Berry St., Brooklyn, NY.  Moreover, she never ever lived on Berry Street at all.
• • NOT: Mae West was not born in Greenpoint at 184 Franklin St., Brooklyn, NY. Moreover, she never ever lived on Franklin Street at all.
• • Bushwick, Bushwick • •

• • The building where Mae was born in Bushwick has been mentioned in numerous reputable biographies such as "Becoming Mae West" by Emily Wortis Leider, "Mae West: An Icon in Black and White" by Jill Watts, and other books.  In numerous interviews Mae West often spoke about Bushwick.
• • Okay, now read this utter foolishness below.
• • Charlotte Observer reporter John Bordsen writes: Broadcast journalist Rick Karr is intrigued by the various overlays time has brought to his densely populated neighborhood of Greenpoint, Brooklyn.  Franklin Street, which he describes as a “gentrified stretch” with boutiques and wine shops, is also where, by many accounts (sic), actress Mae West was born (the gothic residence is at 184 Franklin, between India and Java streets).  ...
• • Source: Article: "Touring Greenpoint by Karr" written by John Bordsen for The Charlotte Observer; posted on Friday, 29 June 2012; you can reach John here: jbordsen@charlotteobserver.com
• • Sheesh!  Will the misinformation ever cease?  Will fact checkers return?
• • Heard of any other wrong addresses cited as the "birthplace" of Mae West?  Let's list all the errors once and for all.
• • By the Numbers • •
• • The Mae West Blog was started seven years ago in July 2004. You are reading the 2347th blog post. Unlike many blogs, which draw upon reprinted content from a newspaper or a magazine and/ or summaries, links, or photos, the mainstay of this blog is its fresh material focused on the life and career of Mae West, herself an American original.
• • Come up and see Mae every day online: http://MaeWest.blogspot.com/
________
Source:http://maewest.blogspot.com/atom.xml

• • Born in New York City, Vera West designed the gowns Mae wore in her collaboration with W.C. Fields.  When she was 26 years old, Vera West was initially hired as replacement for Lucia Coulter in 1924.  However, she remained at Universal until her death in 1947 where she was responsible for the gowns for the most part. Her credit appeared on 339 motion pictures.
• • Vera West died in Los Angeles on 29 June 1947.  She was 49.
• • John Kelly [29 June 1901 — 9 December 1947] • •
• • Born in Boston, John Kelly made his film debut in a bit role in "After Midnight" [1927] when he was 26 years old. Between the next two decades, he appeared in 165 motion pictures.  He played a henchman in "My Little Chickadee."  His final films were released in 1948.
• • John Kelly died in Los Angeles on 9 December 1947.  The actor was 46.
• • Chester Gan [4 July 1908 — 29 June 1959] • •
• • Born in San Francisco, Chester Gan made his film debut as a soldier in Indo-China in "Prestige" [1932].  Between 1932 — 1950 he was invariably cast as an Asian or a Chinese character in feature films or on TV. He was seen onscreen in 94 projects and in "My Little Chickadee" he played a Chinese train passenger.
• • Chester Gan died in San Francisco  on 29 June 1959.  He was 50.
• • Frank Henry Loesser [29 June 1910 — 26 July 1969] • •
• • A native New Yorker like Mae West, Frank Henry Loesser was a versatile composer and lyricist.
• • In 1944, Loesser wrote the contrapuntal duet "Baby, It's Cold Outside" and premiered it his wife at their Navarro Hotel house-warming party.  Mae sang it with Rock Hudson at the Oscars.
• • A lifelong smoker, Frank Loesser died of lung cancer at age 59.
• • On Friday, 29 June 1934 • •
• • Mae heard more than enough objections about "It's No Sin" from Joe Breen, Catholic priests, and the censors in New York State.  "If they think it's too warm, I'll cool it off," Mae told a Newsweek reporter.  On Friday, 29 June 1934 an article appeared in The Los Angeles Herald.  Mae assured the paper that she wanted to satisfy the censors.  "You can never say," emphasized Mae, "I refused to meet somebody half way."
• • On Saturday, 29 June 1935 • •
• • Paramount liaison John Hammell wrote diplomatic letters to Will Hays but his skills were sorely tested by the "Klondike Annie" project.  One of Hammell's soothing missives (dated for 29 June 1935) explained:  "The ending of our story will be a romance between Mae West and one of the characters in our picture, and it will indicate for the future a normal life and nothing that will bring condemnation from the most scrupulous."
• • On Tuesday, 29 June 1937 • •
• • Mae West was doing her part in Singapore to keep an English-speaking audience entertained on Tuesday, 29 June 1937.
• • Singapore-based readers of The Straits Times on Tuesday, 29 June 1937, saw this announcement on page 5: "DON'T COME UP AND SEE ME SOMETIME! COME UP AND SEE ME TONIGHT!"
• • Mae West stars in "Go West Young Man" — — with Warren William and Lyle Talbot at the Pavilion Theatre — — 2 showtimes 6:15 pm and 9:15 pm.  Snappy and saucy and crammed with laughs. And a seductive headshot of Mae was quite fetching.
• • On Wednesday, 29 June 2005 • •
• • Christie's auction was held in NYC on 29 June 2005.
• • A special collectible was "Diamond Lil" by Mae West [New York: Sheridan House, 1949].  It was a first edition and a presentation copy autographed by Mae: "To Michael O'Shea, So glad you say all the nice things about 'Diamond Lil.' From the author Sincerely Mae West." A lucky collector snagged it for $600.
• • In Her Own Words • •
• • Mae West said: "There are no good girls gone wrong — — just bad girls found out."
• • Mae West said: "If a picture of mine didn't get an X rating, I'd be insulted."
• • Quote, Unquote • •
• • An article about wives and marriage quoted Mae West.
• • Kumar in Bangkok wrote:   Marriage is a three ring circus: engagement ring, wedding ring, and suffering. Before marriage, a man yearns for the woman he loves. After marriage, the  'Y' becomes silent.
• • A successful man is one who makes more money than his wife can spend. A successful woman is one who can find such a man. — Lana Turner.
• • Marriage is a great institution, but I'm not ready for an institution. — Mae West . ..
• • Source: Article: "Wedded Bliss" written by Kumar from the Asian Institute of Technology in Bangkok to Nepal Digest; posted on Friday, 23 June 1995
• • By the Numbers • •
• • The Mae West Blog was started seven years ago in July 2004. You are reading the 2346th blog post. Unlike many blogs, which draw upon reprinted content from a newspaper or a magazine and/ or summaries, links, or photos, the mainstay of this blog is its fresh material focused on the life and career of Mae West, herself an American original.
• • Come up and see Mae every day online: http://MaeWest.blogspot.com/
________
Source:http://maewest.blogspot.com/atom.xml