Mae West: A Lady or Shady?

A Free Exhibition on Two Film Icons Salutes the Shady Side
Jailed or jeweled, hand-clapped or handcuffed -- you get a true behind-the-scenes view. 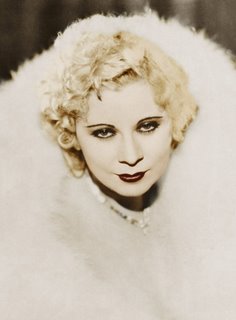 New York, NY (PRWEB) August 3, 2006 -- Who said American history had to be pretty? During the Jazz Era, two of the most glamorous actresses -- Mae West and Texas Guinan -- were frequently photographed at premieres as well as inside police precincts, paddy wagons, courtrooms, and prison cells. Whether they were bejeweled or being jailed, Mae West and Texas Guinan were preserved on camera. Though many books have been published on both women, the striking images in this special collection have not appeared since 1935.
• • Steve Rossi, who performed onstage during the 1950s in the “Mae West Revue” (and who later teamed up with funnyman Marty Allen as Allen & Rossi), was astonished by the collection. “These candids and illustrations are quite revealing,” he said. Steve Rossi plans to be at the Gala PRESS PREVIEW taking place in New York City on August 17, 2006. Gala giftbags will be given to celebrities, the news media, and VIPs who attend the ribbon-cutting ceremony.