Floyd Dell's book Love in Greenwich Village described this former speakeasy on West Ninth Street. In 1920, the regulars filed through a dark-panelled portal three steps down from the pavement. Paul & Joe's was a place where people wanted to be delivered to temptation - - or wanted sin to stay in touch.
• • Visiting Texas (Guinan) in New York at 62 West Ninth Street was a rep from the Office of the Manhattan Boro President, Shaan Khan, Community Liasion. 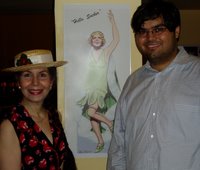 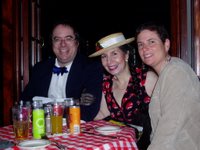