How the powerful spell of a MAE WEST classic from 1940 united the young and the old at a screening in L.A. was beautifully analyzed by Nina Young. Let’s hear more.  This is Part 6.
• • After Dark: Old-school film ‘My Little Chickadee’ unites generations under classic cinema • •
• • thanks to limited library copies • •
• • Nina Young wrote: Attendees Lucas Wilson and Athena Booras said they were encouraged by a college professor to experience the classic film at the music hall. Wilson said finding films such as “My Little Chickadee” proves difficult for younger people interested in classic cinema, thanks to limited library copies or few online resources. Booras said coming to the music hall demonstrated a significant change in modern movie-going for her.
• • Nina Young wrote: “It’s very different because when you regularly go to the movies, you have surround sound, and here … you get to step into a different time,” Booras said.
• • uncovering tidbits of film history • • . . .
• • This delightful article will be continued on the next post.
• • Source: The Daily Bruin (a student newspaper at UCLA, Los Angeles); published on Tuesday, 20 November 2018.
• • On Monday, 7 December 1925 • •

• • The Biltmore Theatre opened on Broadway on Monday, 7 December 1925. And the first exciting event that happened was in early October 1928 when "Pleasure Man," a highly controversial play written by Mae West, was raided by the police.
• • Overheard in Hollywood • •
• • For film fans of a certain age, there is a select group of movie stars who seem larger than life, iconic and eternal: Chaplin, Mae West, The Marx Brothers, Bogart, Dean, Marilyn Monroe.
• • In Her Own Words • •
• • Mae West said: "When I was 11, there was a break. I wasn't one of those curly, cute, theatricals kids any longer."
• • Quote, Unquote • • 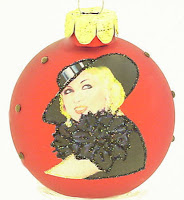 • • CNN News mentioned Mae West.
• • Why don't you call up and buy something, sometime? • •
• • Mae West memorabilia, jewelry goes on the block • •
• • Paul Clinton wrote: HOLLYWOOD, California (CNN) -- In 1980, one of Hollywood's greatest legends, actress Mae West, died. The curtain came down on a unique chapter in film history with her passing.
• • Paul Clinton wrote: Now, that curtain will rise, briefly, at Butterfields Auction House in Los Angeles, California when an assortment of long-hidden jewelry, letters, photographs, and other vintage memorabilia will go to the auction block during two separate sales.  …
• • Source: CNN; published on Monday, 25 September 2000
• • The evolution of 2 Mae West plays that keep her memory alive • •
• • A discussion with Mae West playwright LindaAnn LoSchiavo — —
• • http://lideamagazine.com/renaissance-woman-new-york-city-interview-lindaann-loschiavo/

• • The Mae West Blog celebrates its 14th anniversary • •
• • Thank you for reading, sending questions, and posting comments during these past fourteen years. Not long ago, we entertained 3,497 visitors. And we reached a milestone recently when we completed 4,100 blog posts. Wow!
• • By the Numbers • •
• • The Mae West Blog was started fourteen years ago in July 2004. You are reading the 4100th blog post. Unlike many blogs, which draw upon reprinted content from a newspaper or a magazine and/ or summaries, links, or photos, the mainstay of this blog is its fresh material focused on the life and career of Mae West, herself an American original.