Bert was briefly seen as a conceited man in “Goin' to Town” [1935] starring MAE WEST.
• • Bert Moorhouse [1894 — 1954] • •
• • Born in Chicago on Tuesday, 20 November 1894 as Herbert Green Moorhouse, he entered the bustling film industry in 1929 just as the talkies replaced silents.
• • He worked steadily onscreen in either featured or minor roles in over 130 films during his 26 year career, as well as more than 200 other motion pictures in which he appeared as an extra. 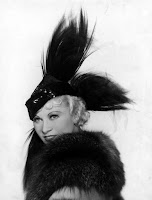 • • Before he was cast in a Mae West starrer in 1935, he honed his skills in dozens of comedies, thrillers, and forgettable gangster films. Scenes situated him either as the law-abider or a lawless fellow. He went on to play the sheriff, mobster, chippy's pal, hotel guest, beau, nightclub dance partner, lawyer, congressman, detective. Several times he would portray a serious reporter as well as a drunken speakeasy patron.
• • One of his best-known silver screen appearances was as Paramount Pictures executive Gordon Cole, the man who wants to rent out Gloria Swanson's custom-built automobile for "that Crosby picture," in Billy Wilder's "Sunset Boulevard," a motion picture about a faded film star, a leading role that was first offered to Mae West.
• • His last credit was in “Dangerous Mission” [1954], where his castmate was Piper Laurie, the actress who went on to play Matilda West, Mae's mother, in a TV bio-pic.
• • Married to Mary, the veteran Hollywood supporting actor ended his life with a gun because of a severe painful condition that made it difficult to eat or sleep.
• • Bert Moorhouse died on Tuesday, 26 January 1954 in Hollywood, California. He was 59.
• • Burial took place at Forest Lawn Memorial Park, Glendale, Los Angeles County, California.
• • On Sunday, 27 November 1932 in Hollywood • •
• • Jon Tuska, writing about "She Done Him Wrong," notes that production commenced on Sunday, 27 November 1932, and concluded in December of that year. Fast work!
• • Overheard in Hollywood • •
• • Released on Tuesday, 27 November 2007 was "Mae West: It Ain't No Sin" by the British biographer Simon Louvish.
• • In Her Own Words • •
• • Mae West said: "Cigarette me, Cossack!" [Movie dialogue from "Goin' to Town."]
• • Mae West said: "Hollywood has taught America how to dress. She will now teach them how to speak."
• • Quote, Unquote • •
• • An article on safe driving mentioned Mae West.
• • "Mae West Becomes Safety Campaigner" • •
• • The Pittsburgh Post Gazette stated: Mae West, soon to be seen in Paramount's "Go West Young Man," today has added her name to the list of American citizens actively participating in the campaign for safe driving.  Miss West received an honorary card as a member of the Safety Club of Tampa, Florida from W.B. Bell . . . .
• • Source: The Pittsburgh Post Gazette; published on Sunday, 15 November 1936
• • The evolution of 2 Mae West plays that keep her memory alive • •
• • A discussion with Mae West playwright LindaAnn LoSchiavo — —
• • http://lideamagazine.com/renaissance-woman-new-york-city-interview-lindaann-loschiavo/

• • The Mae West Blog celebrates its 15th anniversary • •
• • Thank you for reading, sending questions, and posting comments during these past fifteen years. Not long ago, we entertained 3,497 visitors. And we reached a milestone recently when we completed 4,300 blog posts. Wow!
• • By the Numbers • •
• • The Mae West Blog was started fifteen years ago in July 2004. You are reading the 4,354th blog post. Unlike many blogs, which draw upon reprinted content from a newspaper or a magazine and/ or summaries, links, or photos, the mainstay of this blog is its fresh material focused on the life and career of Mae West, herself an American original.